In the beginning, the condition of Trisakti University (USAKTI) was insufficient, where learning process was very uneasy, however, with spirit and strong intention the limitation of physical facility was not a main problem. Students and Lecturers, hand in hand, provided ‘a clean environment’ and made improvement and refurbishment of the existing condition in the campus.

The process of the establishment of Trisakti University (USAKTI) was quite interesting. USAKTI was the only private university that was established by the Government. This unique relationship has been maintained through out the development of USAKTI in the Indonesian education. Minister Syarief Thajeb was the person who formed a temporary presidium, which consisted of well-known education people. The main goal was to simplify the supervision of academic and administration. A year later, the government established the Trisakti Foundation based on the Notaries Act, signed by E. Pondaag.

The long journey of the university for most of its 40 years have brought Trisakti University into substantial progress and changes, both in academic and human resource development. Improving and maintaining the corporate image is done by Trisakti University, one of the largest universities in Indone¬sia, to face future challenge in higher education.

At the end of the year 2000, several well-known State University changed their status and became a state owned legal institution and no longer was part of the Directorate General of Higher Education,Department of National Education. The government consideration was that those state universities needed indepen¬dence and had the capability to be managed independently to compete and develop in the global education market.

In pursuing the vision and mission of Trisakti University, campus society have to understand the value, called `Trikrama’; a way of thought, attitude and act in daily activity on campus based on responsibility, duty and occupation. `Trikrama’ has three main ethics, i.e.: faith, diligence, and skill; think, love and care; gentle, loyal, and sportive. Furthermore, the essence of the science plan of Trisakti University emphases on sciences which are related to urban issues, thus Trisakti University is also well known as an Urban Oriented University. As time goes by, Trisakti University has matured and Trisakti University developed along with the progress and challenges of science and technology to fulfill people’s needs, and national development. Implemen¬tation of programs, plans, ideas, acts and intentions always are based upon well-planned design. Most students choose Trisakti University for further study in higher education because of its integrity and comprehensiveness in academic plan that prepares them to face the challenges in society both at a national as well as global level.

Anticipating the fast change and to survive in global competition, Trisakti university built a strategic alliance, bench marking and co-activity properly and strictly with other institutions based on mutual benefit approach to provide a win-win solution.

For the time being Trisakti University have more than 50 joint formal cooperation with local and international institution. The relationship covered various activities, such as academic staff exchange, twinning program for Bachelor Degree and Graduate program, joint research, seminar and conference, academic development of lecturers. Those agreements have been signed with several universities in Australia, United Kingdom, Germany, Malaysia, Singapore and United States of America.

The campus management realized that Trisakti University should enlarge the academic facility by developing its campus to Nagrak, Jakarta, a 126 hectare area of land, hence the university is able to provide an ideal campus facility.

The other concern is to increase the number of its collection in the central library and faculty libraries. Besides books, the laboratories have to up dated with the state of the art equipment. Since 1965, there have been eight rectors who have led Trisakti University: 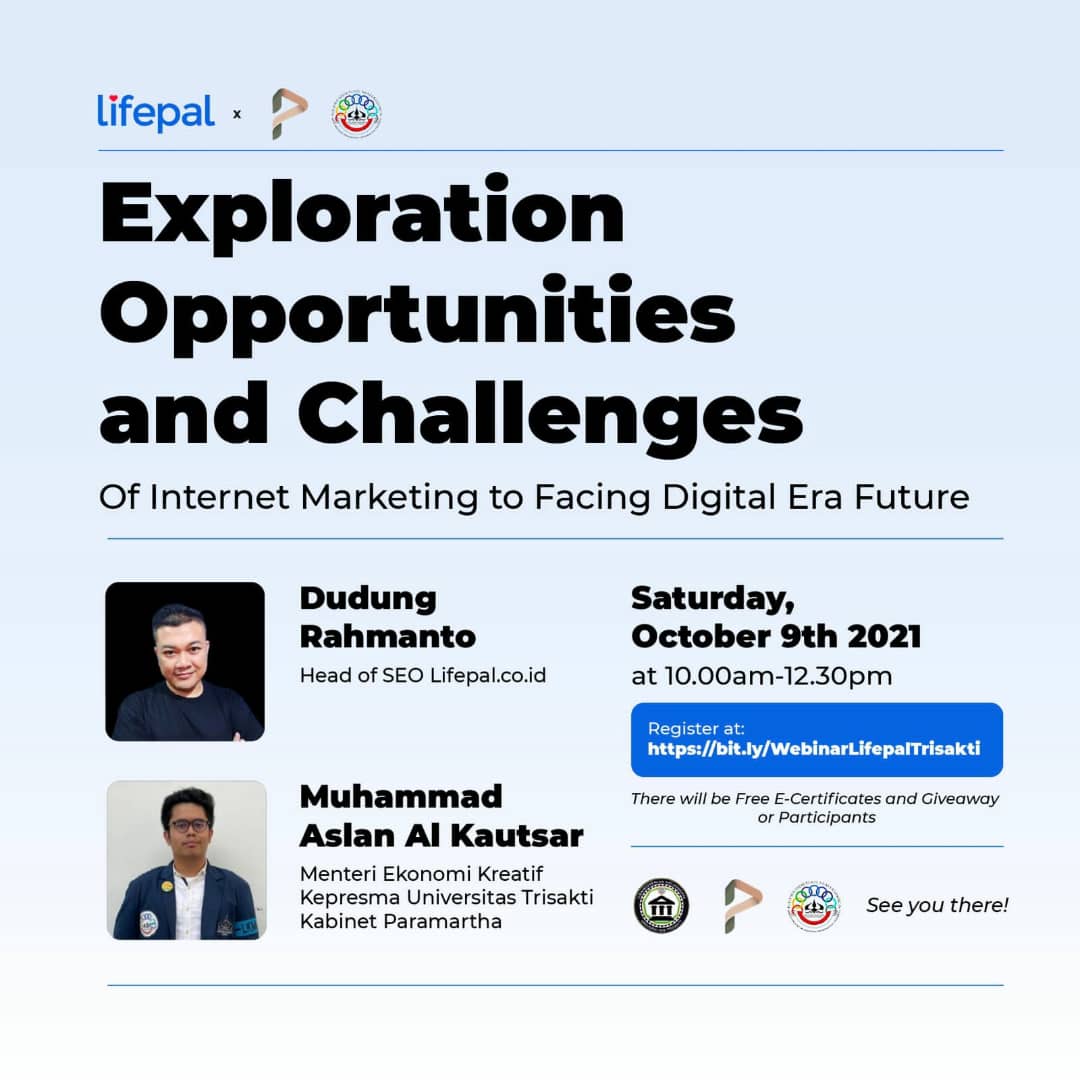 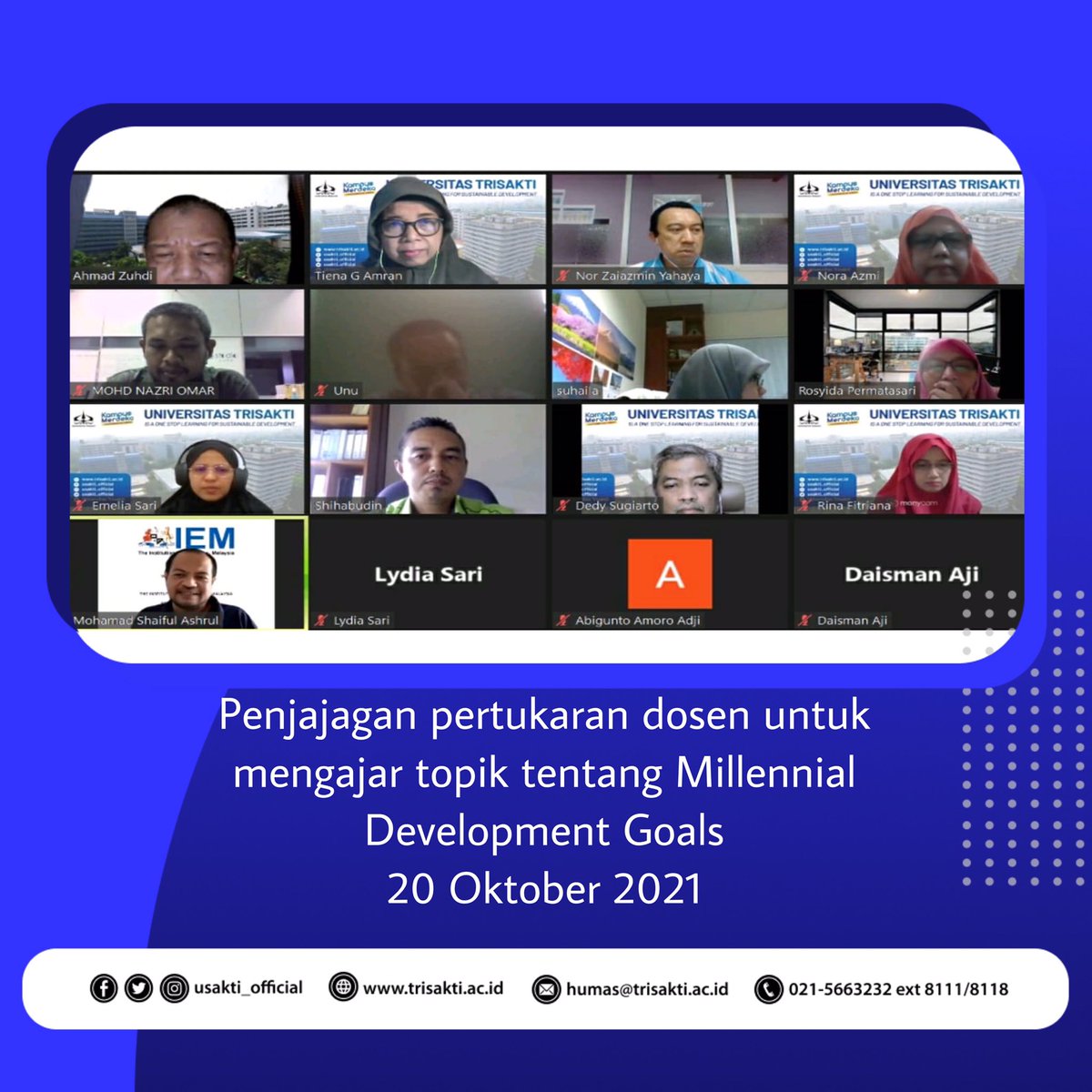 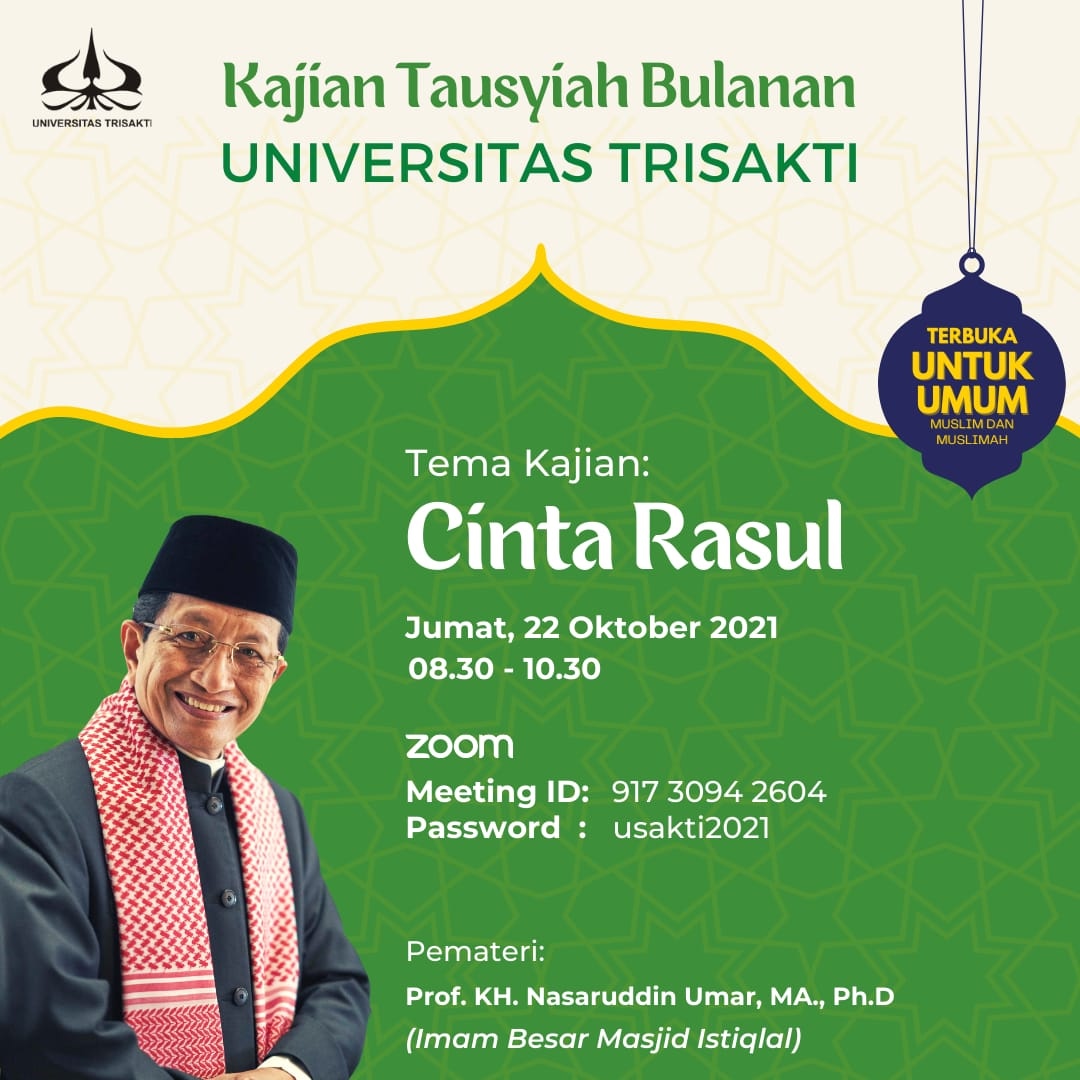 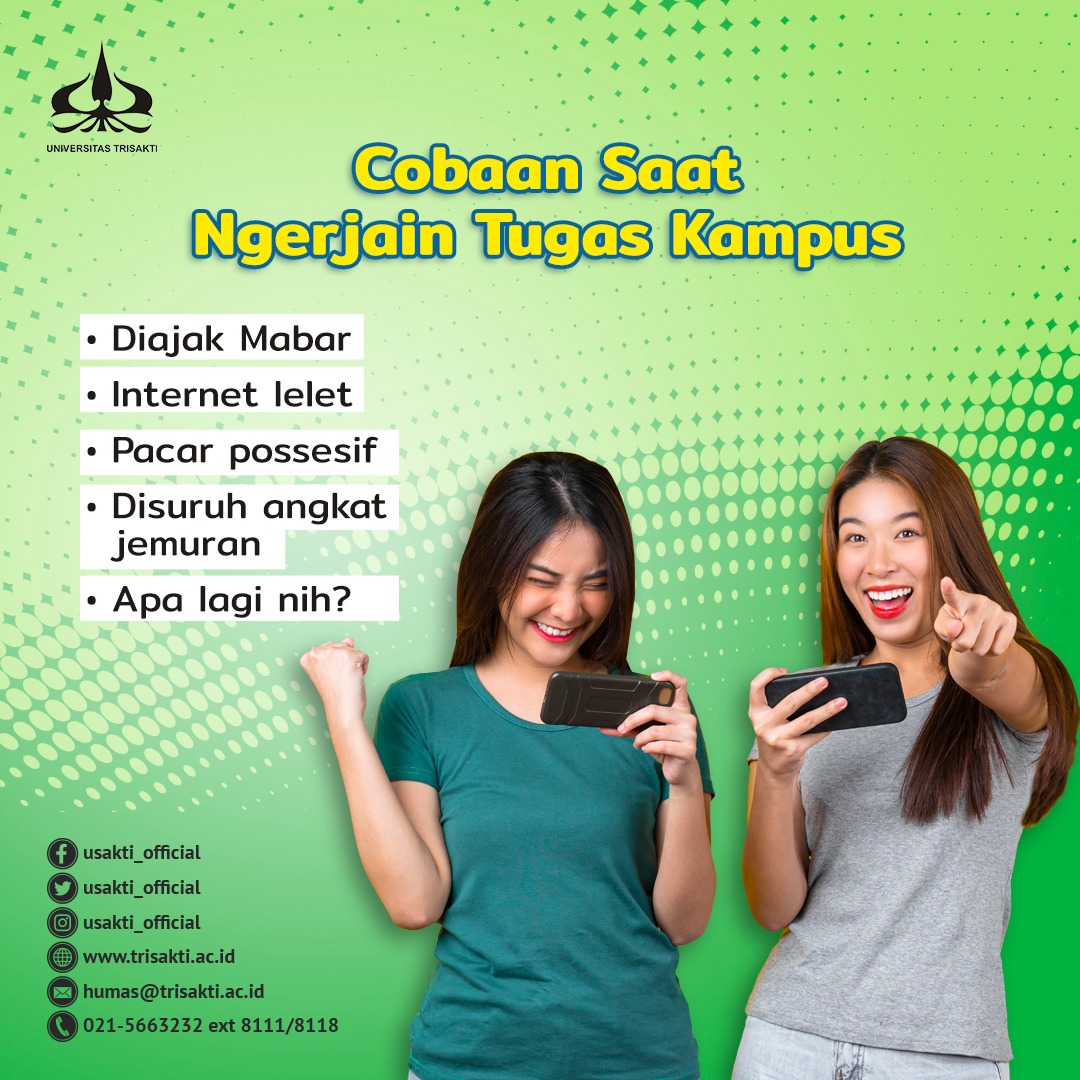